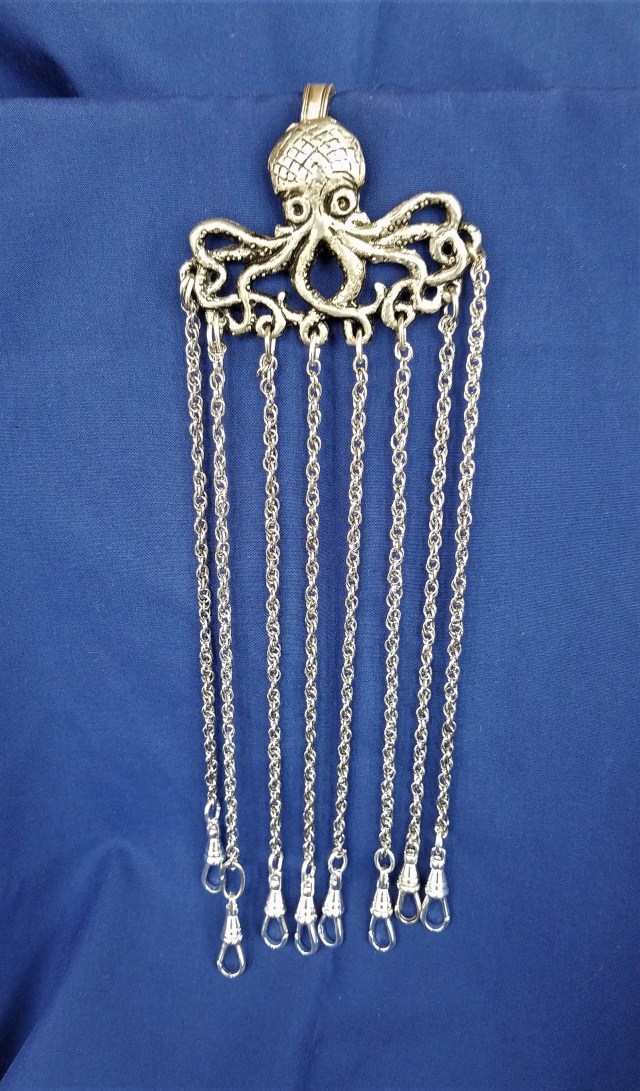 A chatelaine is a decorative belt hook or clasp worn at the waist with a series of chains suspended from it. Each chain is mounted with useful household appendages such as scissors, thimbles, watches, keys, etc. Chatelaines were worn by many women in the 19th century. Similar jewelry was also worn by Anglo-Saxon women, as seen from the burial record, but their function is uncertain.

Hand cast in fine pewter this Octopus chatelaine (based on a 19th Century Chatelaine in the Metropolitan Museum of Art in New York, will keep all your needlework tools close at hand. It’s designed to loop over a belt or waistband. The sturdy hooks will securely hold your tools.