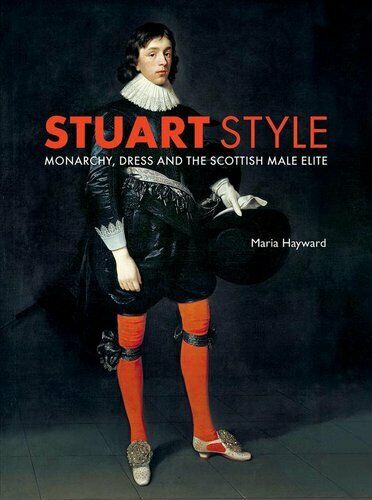 This is the first detailed analysis of elite men's clothing in 17th-century Scotland and its influence on English male fashion. Focusing on the years 1566 through 1701, it centers on the clothing choices of five Stuart royals: James VI and I, Prince Henry, Charles I, Charles II, and James VII and II. The engaging text brims with details about the wardrobes and habits of Scottish royalty, such as how the men selected fabric and kept clothes clean. The book is organized along three themes: the significance of the Stuarts' Scottish heritage in the style they developed; the role of Scots in exporting their style to London and beyond; and the reception of Stuart style among the male elite in Scotland. Maria Hayward explores how Stuart style was displayed in sport, at political and social events, and at church. The book also reveals the importance of vital supporting players?namely, the courtiers who helped kings and princes develop their style, as well as the tailors who disseminated it to men beyond the royal court.